Summary (Translated from the original French version by Solène SÉMICHON)

There were multiple reasons for the writing of the Compendium of the Judiciary’s Ethical Obligations which was elaborated in 2010 by the French Supreme Council of the Judiciary, the constitutional institution which supports the President of the French Republic in his duty to guarantee the independence of the judiciary. Among remote reasons was the oath which members of the judiciary take, whereby they swear to perform the duties of their office in conformity with a certain number of values. It therefore seemed natural to formalise and explicate those duties as is done in numerous states in which complete codes of ethics are elaborated. The proximate reason was nothing else than the Outreau scandal which triggered a more intense social demand and led the legislator to entrust the preparation of a compendium with the Supreme Council of the Judiciary.

The presentation of the 2010 Compendium concluded that ‘As society and institutions evolve, the Supreme Council of the Judiciary will inevitably have to review its content in the future’. Illustrating Jean Gicquel's idea that the Council is a 'continuous creation of the Republic', its members for the 2015-2019 term followed up on that invitation. They endeavoured to revise the Compendium in the light of the evolving conditions of the judiciary’s discharge of their duties. The impact of the information and communication technologies (the Internet, social networks, etc.), which remained unsuspected until recently, and the growing demand from all quarters for public deontology and ethics, which takes the form of a demand for evidence of impartiality, are increasingly shaping the development of today's societies and affecting the understanding of the ethical duties owed by the judiciary.

Drawing upon traditional sources, such as the missions conducted by the Council within courts, or its disciplinary role, the ethical reflection of the Council also relied on sources that were not available to its predecessors, such as the citizen complaints against the judiciary filed with the Commissions d’admission des requêtes (committees on the admissibility of complaints) that were established following the 2008 constitutional reform, and the requests addressed to the Service d’aide et de veille déontologique (ethical aid and watch bureau) which was created on 1st June 2016.

Though the members of the present Council used what already existed as a starting point, they also decided to reconsider the way the Compendium was written, and thus added a set of more practical and concrete directions illustrating the performance of ethical duties in real-life situations to a presentation of the judiciary’s values.
The members engaged in a thorough reflection. To give a few examples, they debated, decided and justified their decisions as to the methods chosen to identify the main chapter headings, the division and order of the parts, the structure of the text itself, the balance of texts on elements of principles and elements of detail, the type of presumed readership, whether the norms of positive law of judiciary regulations and the rules of career management that the Supreme Council of the Judiciary and the Direction des services judiciaires (directorate of judicial services) had elaborated over time should be included, how normative the ethical vocabulary used and how broad external consultations should be and over what timescale.
All those debates echo how the authors of legal texts, and especially those who draft laws, think about their own role. This contribution will rely on Jeremy Bentham's reflection on 'nomography', i.e. the science of writing norms. Associating, in its theory of the codification of the law, the statement of prescriptions with explanatory illustrations and justifications aiming to demonstrate the rationality of the measures that have been selected, it offers a promising perspective for the explanation and understanding of the work accomplished by the Supreme Council of the Judiciary. 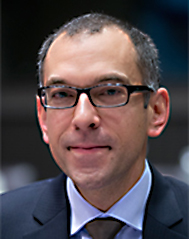 Guillaume Tusseau is a Professor of public law at Sciences Po, and he has been a Junior member of the Institut universitaire de France since 2009. He was recently awarded the title of Doctor Honoris Causa by Peru’s Universidad privada Antonio Guillermo Urrelo de Cajamarca.

A specialist in constitutional law — more particularly in comparative constitutional litigation — he is also a theoretician of law, interested in legal analytical theory and in the works of Jeremy Bentham. He is a founding member of the Bentham research centre.